The OUPV/Six-Pack license allows the captain to take up to 6 paying passengers out on an uninspected vessel up to 100 GRT, power and sail.

The OUPV/Six-Pack is the most popular of the captain's licenses and is required for those who wish to operate: 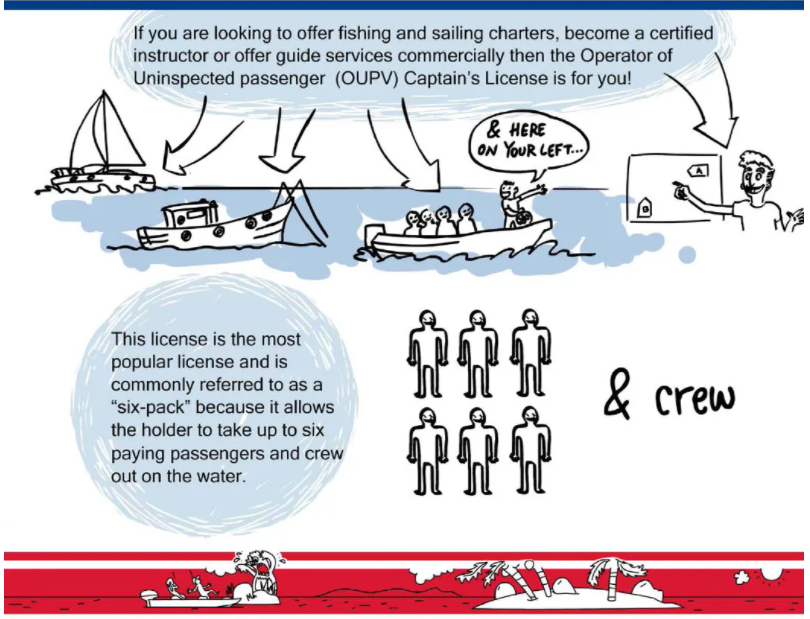 This license is commonly referred to as a "Six-Pack" because it allows the holder to take up to six paying passengers and one crew member out on the water. The captain can operate uninspected vessels up to 100 GRT, power and sail.

Note: Up to 6 paying passengers on an uninspected vessel up to 100 GRT, power and sail.

The OUPV/Six-Pack issued in three forms: Inland, Great Lakes, and Near Coastal. This is based off your boating experience. At minimum, you will need at least 360 days on the water since 16 years old, with at least 90 days in the last three years.

The OUPV/Six-Pack program takes the average student 25-30 hours. We have had students take as little as 3 days, 3 weeks, or 3 months to complete this program. It is on your own pace, at your own time.

Here is a link to a video which will provide additional insight into this level license.